George Voronovsky was the quintessential memory painter. He lived the last decade of his life on a meager pension in a hotel room in South Beach, where he was a solitary figure among a sea of retirees. No one saw the astonishing images, vivid recollections of his charmed youth in the Ukraine that were tacked on the walls throughout his room, which he painted with cheap watercolors on discarded pieces of cardboard. Voronovsky’s remarkable art reflected on an idealized past that was preferable to the one he actually lived: a past of war, concentration camps, and a family to which he would never return. He directed his mind to the present, choosing to live amongst “the beauty of nature” The Collection holds Voronovsky’s life’s work. 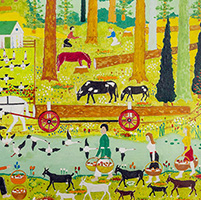 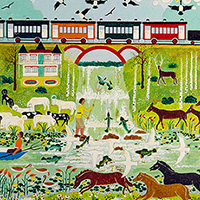 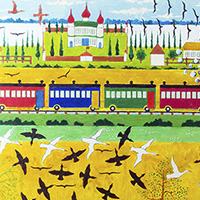 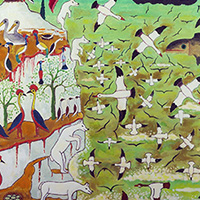 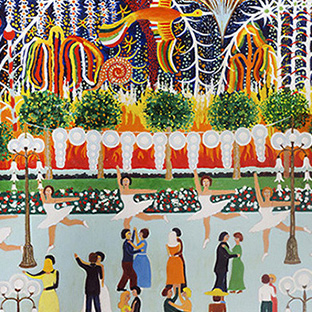 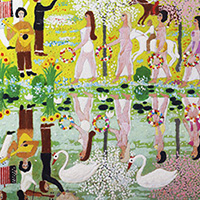 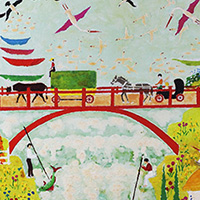 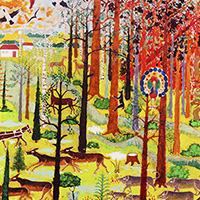 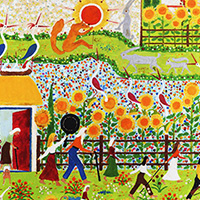 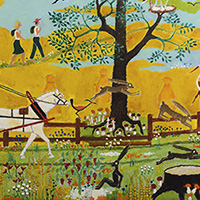 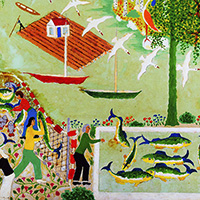 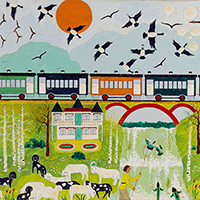 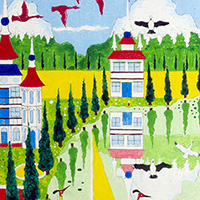 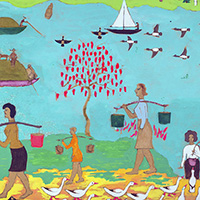 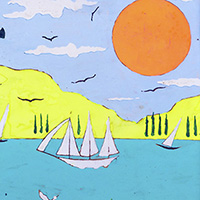 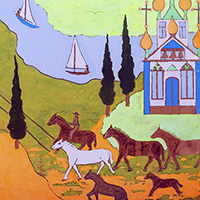 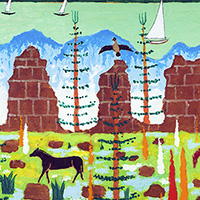 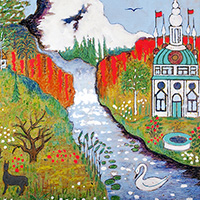 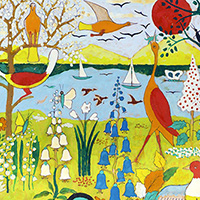 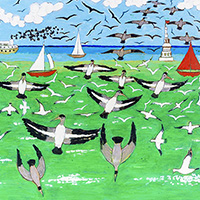 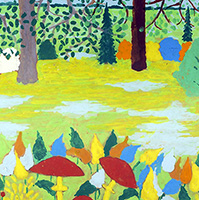 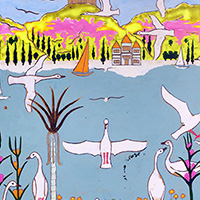 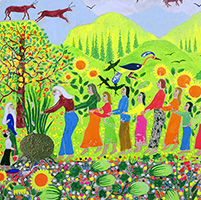 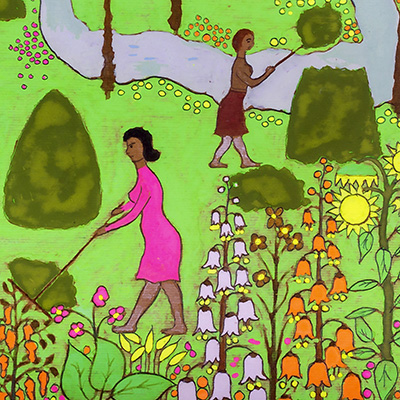